If you are pregnant, do not forget to tell us so we can advise you and take care of your oral health. Inform us of your pregnancy before receiving any dental x-ray examination or treatment.

Pregnancy is a very special moment of a women life. Different physiological, psychological, and physic changes are attached to this new stage of a woman, that makes the future mother to adopt a new attitude to life, modifying her habits and conducts. That's why pregnant women often pay special attention to their diet to introduce new sports routines, and generally adopt a healthier lifestyle, aware that thus contribute to better development and growth of their baby.

Hormonal changes that pregnant woman goes through affect how her body reacts to extreme stimuli. That is why gynecologist prescribe vitamin supplements and constantly monitor the health of women to prepare in the best possible way to motherhood.

LET’S FACILITATE THE MAXIMUM OF INFORMATION

Dental checkups are safe during pregnancy, however you should tell us in what month of pregnancy you are, f you have a risky pregnancy, if you take any medication or if your gynecologist has scheduled a special recommendation, since, If so, it may be advisable to postpone any treatment.

The increased levels of prolactin and estrogen, as well as higher energy consumption during pregnancy, benefits appearance of some oral diseases such as gingivitis or tooth decay, especially after the third month of pregnancy.

Gingivitis of pregnancy: is the name given to inflammation of the gums caused by increased blood irritation of the periodontal tissues and an increased susceptibility to bacterial plaque, which is the result of the increase in hormone levels. Gingivitis is characterized by redness, swelling, irritation and, in some cases, spontaneous bleeding when chewing or brushing teeth. If left untreated, over time it can lead to periodontitis, a disease that ultimately affects the bone support and can lead to teeth loss, when in an advanced stage. To prevent it, we will probably recommend you conducting more frequent dental cleanings.

Cavities: Increased hormone levels coupled with possible vomiting induced nausea of the first trimester can erode tooth enamel benefiting cavities appearance. Also food between meals, after which not always we hold a tooth brush by hand, are benefiting the accumulation of bacteria and can cause tooth decay. For this reason semi-annual visits to our clinic are very important, as early treatment is always easier

If you like the blog, or just want to leave your opinion about Pregnancy and dental health you can do so here:

Discover all the news of Marali Dental in Valencia, through our Blog. Our promotions, services and more. 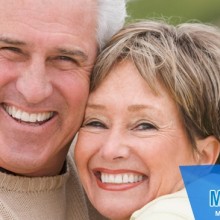 In Spain, the edentulism, which it is as known to the absence of teeth, either total or... 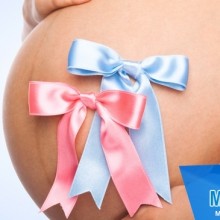 If you are pregnant, do not forget to tell us so we can advise you and take care of your oral...